As you may know by now, the In Situ Ichthyoplankton Imaging system (ISIIS) is the instrument we used to obtain the images of plankton for Plankton Portal.  It captures images as it travels through the water column.  The idea behind this imaging system was to film a large volume of water in order to detect and image relatively rare zooplankton, like larval fish and small jellies.

So why are the images are black and white, very contrasted and almost like a line drawing? Our challenge in designing this instrument was to be able to employ macro-photography at a fast speed, obtain a large depth of field (large volume sampled), while minimizing motion blur. After researching for a few months we settled on an imaging technique that could answer our demands: Shadow imaging or focus shadowgraphy! 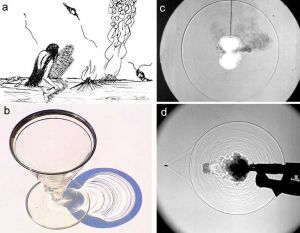 This technique is actually not new and was used extensively for the study of shockwaves as well as ballistic. The idea is to cast a shadow onto a sensor or film instead of trying to directly record the imaged object. Let me explain: since most plankton are small and quite transparent, imaging using a traditional camera must rely on ambient sunlight. In this scenario, you won’t see much because the organisms blend into the surrounding water. Imaging a shadow cast by ISIIS reveals their distinct shape and location. It’s like looking at the shadows at the bottom of a swimming pool created by the sun going through the water! In this case, we do not use the ambient sunlight, but create our own light beam using a blue LED light and a set of mirror and lenses. The light is collimated, meaning that the light beam travels in a tight, parallel direction like that of a laser thus ensuring that even over long distances, we can create a very good shadow. We then use a specific set of lenses aligned with the camera to capture this shadowgraph image. Since the light beam is directed toward the camera sensor, it allows for very high speed imaging and avoids motion blur when moving through the water. Lastly, we invert the images for aesthetic purposes on the site, and voila! Now you have a beautiful set of black and white images of plankton for the world to see! 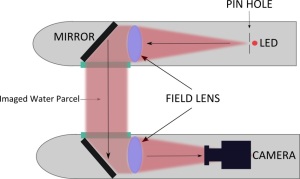 This schematic shows the optical alignment inside ISIIS. A bean of light is collimated by a large lens and the refocused after going through the water. The camera records the shadows casted by the plankton as the moves behind the ship

So for all the people who asked about why some of the ctenophores (like lobates, beroids, and cydippids) were so ‘overexposed,’ now you know. These animals are dense and not very transparent, thus casting a hard shadow onto the lens. Instead of appearing black as a typical shadow, we have inverted the image and now they appear white. 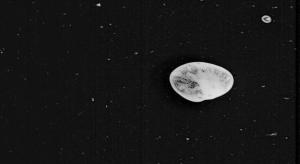 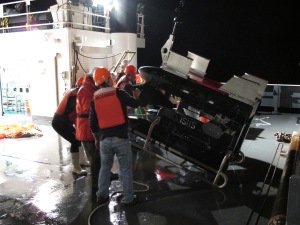 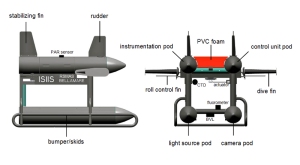 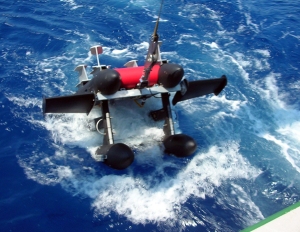